Summary (details below the picture): 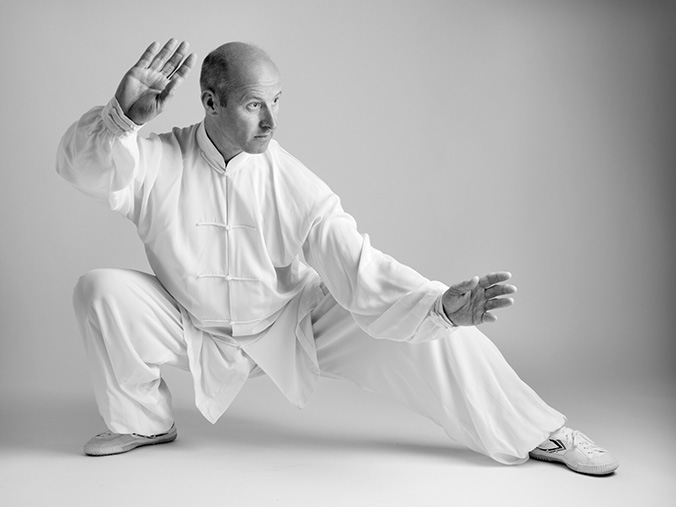 I have been interested in the traditional Chinese martial arts from an early age. For this reason, I started learning Taekwondo in the ’80s under the leadership of Mr. Willi Kloss (9th Dan) and  practiced it regularly.

As the Chinese arts were always on my mind I started searching for a trainer in Luxembourg who was teaching the arts. So in 1994 I started to learn Northern Shaolin-style Kung Fu under the leadership of Mr. Kim Hong Jin.

At the same time I wanted to learn more about the inner martial arts and their positive health aspects. During my search I met Prof. Sui Qingbo and Ms. Du Hong, and under their direction I completed the training as Qi Gong teacher in 1998. At that time Mr. Sui and Ms. Du did not offer a separate Taijiquan training, so Yang Taijiquan and Liu He Ba Fa were also included in my training program. Since successfully passing the exam I’ve become an official teacher of the “International LaoShan Center” (now “LAOSHAN UNION“). I still participate in educational courses there on a regular basis.

Since 1999 I have been teaching the traditional Chinese movement and health arts in Luxembourg (story about me on RTL), both in weekly group classes as well as in private lessons. Additionally I am also teaching the Chinese movement arts in nursing homes and at the European Parliament, and I’ve held courses at events and in schools.

In 2008 I began my instructor training in Chen Shi Taijiquan Xiaojia led by head instructor Dietmar Stubenbaum and I successfully completed it in 2011. Since then I am one of the teachers of the “International Society of Chen Taijiquan“. I maintain close contact with Mr Stubenbaum and regularly visit his seminars.